Note: This is a repost of an Op-Ed written for the San Diego Union Tribune, originally posted here and in print. 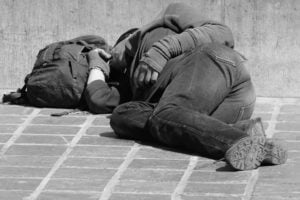 I am a straight white cisgendered middle-class male. The reason it’s important to name these things about myself is because these categories afford me a certain amount of privilege.

When I was in seminary – a Master’s degree program for persons entering ministry – I had an exercise in a class where we were asked to write down a few words that described ourselves. I was surprised when I saw that some of my African-American and Korean friends named their nationality or race in the exercise and asked why these were important. Surely we were in an educated environment where these things didn’t matter. And my friends lovingly explained the importance of naming these labels about which they were so often reminded. When a person is constantly told that they are [insert label here] and how that label limits them, it becomes important to claim that label in order to change its affect over you and even begin to redefine it.

At least that’s what I think. I can’t know because I haven’t faced it myself. I’m a person of privilege.

There is surely the argument that privilege is not in-and-of-itself a bad thing. Some people are born into wealthy families, or are born into communities that offer advantage through connections. Some are born with extraordinary abilities and some are simply born at the right place at the right time. While I may argue that privilege is a symptom of the system in which we live today and that the very existence of privilege means something is wrong, the reality in the short term is that privilege simply exists. Those with privilege are not automatically bad people, and those without are not automatically lazy.

As a straight white cisgendered middle-class male, I have not earned the privilege that is placed on me. But I choose to use it because – in the immortal words of Ben Parker (thanks Stan Lee) – “With great power comes great responsibility.

Because I have been given privilege, I must use that privilege to give voice to those whose voices have been silenced. I must give my breath to those who are unable to breathe under oppression and racism and unfair systems.

As a Christian pastor, I continually teach and affirm One who had (has) all the power in the universe and who used (uses) that power to affirm and empower the members of his community that were on the edges of society: the thieves, the diseased, the unwanted, the unclean, the lawbreakers, the religious minorities. As a person who regularly comes into contact with underserved and underprivileged persons, I am continually reminded that there is a deep ache within many of our neighbors. As communities, we must come together to see the pain that is present and to seek out ways to offer healing and hope. And we must do so beyond prayers and positive thoughts. We must do so beyond profile pictures and hashtags. We must do so both because of our privilege and in spite of our privilege.

I am a straight white cisgendered middle-class male who continues to seek out ways to use the power of privilege that has been given to me in a responsible way. As a community, I think we San Diegans must to do no less.