This Sunday we continue our series based on the world-famous musical Les Misérables! Previous sermons in this series can be found here. 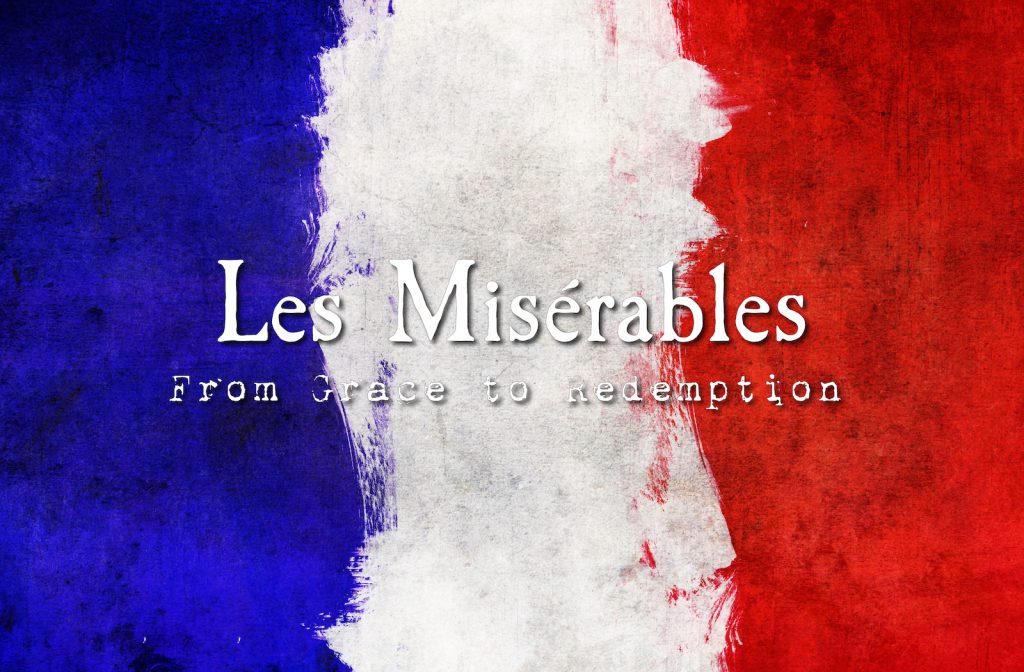 This Sunday, we expand our conversation on the characters from Les Misérables, shifting a bit from despair to focus on aspiration and dreams. In the musical, the song “I Dreamed a Dream” tells the story of a young woman in love and the way she envisions her future. Sadly, her dreams do not reveal her story as she would prefer it to be.

Our Hebrew Bible (Old Testament) tells a story of a dreamer who also faces tragedy. The youngest of his siblings, Joseph’s dreams cause a falling out in his family that results in his expulsion from the community. While the familiar story is one that ends well, it surely isn’t what Joseph may have expected.

Genesis 37:1-4, 12-28 (CEB)
1Jacob lived in the land of Canaan where his father was an immigrant. 2This is the account of Jacob’s descendants. Joseph was 17 years old and tended the flock with his brothers. While he was helping the sons of Bilhah and Zilpah, his father’s wives, Joseph told their father unflattering things about them. 3Now Israel loved Joseph more than any of his other sons because he was born when Jacob was old. Jacob had made for him a long robe. 4When his brothers saw that their father loved him more than any of his brothers, they hated him and couldn’t even talk nicely to him.

12Joseph’s brothers went to tend their father’s flocks near Shechem. 13Israel said to Joseph, “Aren’t your brothers tending the sheep near Shechem? Come, I’ll send you to them.”

14Jacob said to him, “Go! Find out how your brothers are and how the flock is, and report back to me.”

So Jacob sent him from the Hebron Valley. When he approached Shechem, 15a man found him wandering in the field and asked him, “What are you looking for?”

16Joseph said, “I’m looking for my brothers. Tell me, where are they tending the sheep?”

17The man said, “They left here. I heard them saying, ‘Let’s go to Dothan.’” So Joseph went after his brothers and found them in Dothan.

18They saw Joseph in the distance before he got close to them, and they plotted to kill him. 19The brothers said to each other, “Here comes the big dreamer. 20Come on now, let’s kill him and throw him into one of the cisterns, and we’ll say a wild animal devoured him. Then we will see what becomes of his dreams!”

21When Reuben heard what they said, he saved him from them, telling them, “Let’s not take his life.” 22Reuben said to them, “Don’t spill his blood! Throw him into this desert cistern, but don’t lay a hand on him.” He intended to save Joseph from them and take him back to his father.

23When Joseph reached his brothers, they stripped off Joseph’s long robe, 24took him, and threw him into the cistern, an empty cistern with no water in it. 25When they sat down to eat, they looked up and saw a caravan of Ishmaelites coming from Gilead, with camels carrying sweet resin, medicinal resin, and fragrant resin on their way down to Egypt. 26Judah said to his brothers, “What do we gain if we kill our brother and hide his blood? 27Come on, let’s sell him to the Ishmaelites. Let’s not harm him because he’s our brother; he’s family.” His brothers agreed. 28When some Midianite traders passed by, they pulled Joseph up out of the cistern. They sold him to the Ishmaelites for twenty pieces of silver, and they brought Joseph to Egypt.

Sunday’s message explored my own dreams – aeronautical engineer, rock star, IT manager – and the ways those dreams didn’t come true the way I may have envisioned. We talked about Fantine’s dreams, and the tragedy of her death. And we talked about Joseph’s relationship with his brothers related to his own dreams.

The reality is that our dreams don’t always come true. And sometimes that’s for the best (usually in hindsight), and sometimes we end up longing for those dreams in an ongoing basis. Is it possible that God is at work in all of these situations? I believe that’s the case.