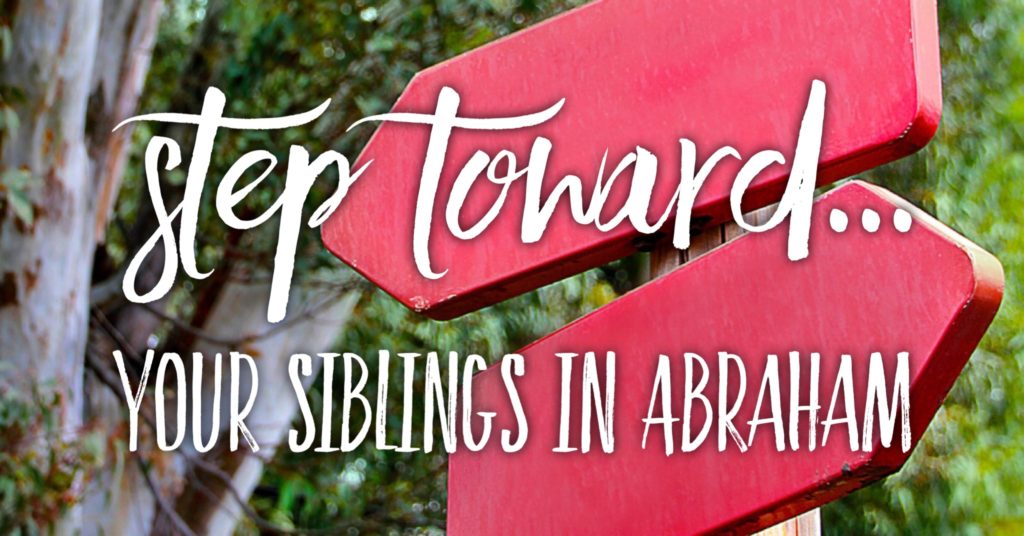 This Sunday we continue our short three-part series from our Revised Common Lectionary guided by Paul’s letter to the church in Rome. We frame this short series as #ThreeSteps in a Christian’s walk.

In last week’s sermon and follow-up, we took a bit of a detour in the series because of the events in #Charlottesville and the importance of speaking out against racism and violence. Even so, we remained connected to this series in the importance of stepping out in our faith with the understanding that faith must be an action.

This week, we continue Paul’s letter with a reminder that the gifts of the Spirit cannot be recalled or undone. In Paul’s context, there were deep divides between persons of faith on opposite sides of the Jewish Christian and Gentile Christian divide. We might see parallels in our culture today. Paul’s letter reminds us that the covenant with Abraham extends to all of Abraham’s descendants.

Romans 11:1-2a, 29-32
1So I ask you, has God rejected his people? Absolutely not! I’m an Israelite, a descendant of Abraham, from the tribe of Benjamin. 2aGod hasn’t rejected his people, whom he knew in advance. 29God’s gifts and calling can’t be taken back. 30Once you were disobedient to God, but now you have mercy because they were disobedient. 31In the same way, they have also been disobedient because of the mercy that you received, so now they can receive mercy too. 32God has locked up all people in disobedience, in order to have mercy on all of them.

I find it interesting that the sermon series that was originally planned has been both changed and enriched by our conversations about racism and oppressivism. As you know, these changes are a direct result of the racism and violence displayed in Charleston, VA and the opportunity to make a faith claim about the place of racism, oppressivism, and intolerance in our culture today. During our Questions of Faith time, Pastor Christopher spoke eloquently about the duty of Christians to push back against the injustice of racism. The audio of his comments can be found below.

Of course, oppressivism is not limited to race, gender, or sexuality. Some of the intolerance displayed in Charleston and around the world is directed at people of differing faith traditions. As Christians today, we often criticize those who express antisemitism. But in my experience, we’re less apt to criticize persons expressing intolerant views of other faith (and non-faith) traditions. Have you observed oppressivism toward our Muslim, Hindu, Budhist, and/or non-theist community? Yet, Paul reminds us of the deep connection particularly between Abrahamic traditions (including our Muslim neighbors).