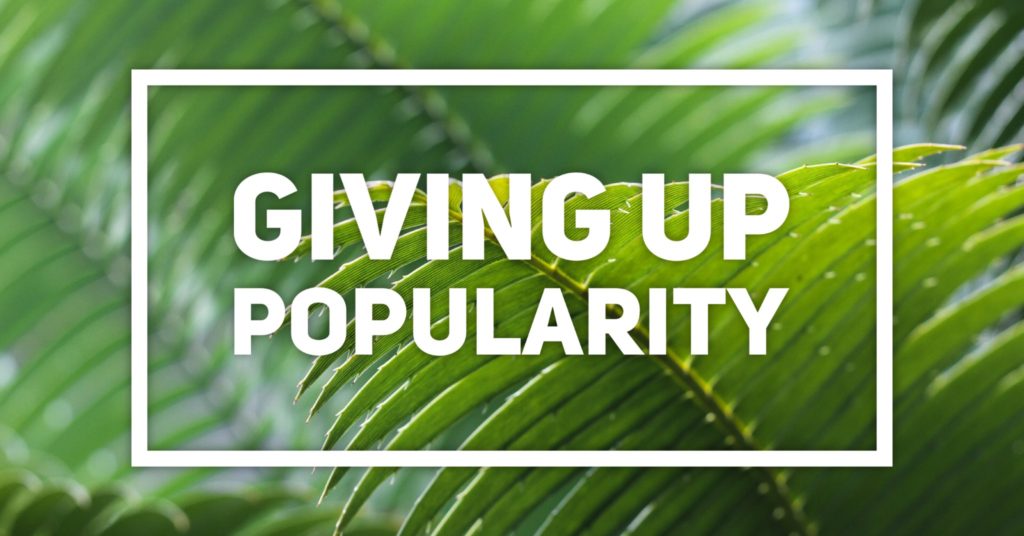 This Sunday is the Celebration of the Palms where we experience the story of Jesus’ triumphant entry into Jerusalem. As a way to experience this in a real way, we will begin our worship indoors and then process together into the Sanctuary as we sing Hosanna. We read in the Biblical procession into Jerusalem that the entire population of the city takes notice of the carpenter from Nazareth.

MATTHEW 21:1-11
ENTRY INTO JERUSALEM
1When they approached Jerusalem and came to Bethphage on the Mount of Olives, Jesus gave two disciples a task. 2He said to them, “Go into the village over there. As soon as you enter, you will find a donkey tied up and a colt with it. Untie them and bring them to me. 3If anybody says anything to you, say that the Lord needs it.” He sent them off right away. 4Now this happened to fulfill what the prophet said, 5Say to Daughter Zion, “Look, your king is coming to you, humble and riding on a donkey, and on a colt the donkey’s offspring.” 6The disciples went and did just as Jesus had ordered them. 7They brought the donkey and the colt and laid their clothes on them. Then he sat on them.

8Now a large crowd spread their clothes on the road. Others cut palm branches off the trees and spread them on the road. 9The crowds in front of him and behind him shouted, “Hosanna to the Son of David! Blessings on the one who comes in the name of the Lord! Hosanna in the highest!” 10And when Jesus entered Jerusalem, the whole city was stirred up. “Who is this?” they asked. 11The crowds answered, “It’s the prophet Jesus from Nazareth in Galilee.”

Sunday’s sermon was the sixth in our series “Giving It Up,” which focuses on the Lenten theme of giving up something that we feel has control over our lives as a means of discipline, in order to encourage us to practice a more disciplined faith in our journey with God. This past Sunday, Pastor Bob spoke about the importance of giving up our quest for popularity.

I believe that popularity is an important and often unaddressed topic among adults in churches. The idea of giving up popularity can seem like something that a teenager or young adult should focus on. We all can relate to the angst of wanting to be among those considered “popular” in high school! However, I believe that our desire to be popular, even as adults, is very normal. This desire emerges from our longing to be in community with one another; our desire to feel like we belong.

Pastor Bob noted in his sermon that rather than seeking to be popular, he believed Jesus sought to be unpopular. I agree with this assessment, but I also think Jesus is inviting us to critically evaluate our conception of what it means to be popular. Jesus was not trying to be popular among the established Jewish religious leadership, the emerging Pharisee leadership, or the occupying Roman government. In this way, I believe that Jesus is inviting us to redefine popular in such as way as to include everyone in the “popular” group. He took the unpopular position of inviting ALL people to the banquet table (Luke 14:7-14).

To be sure, this was nothing new for Jesus. As Pastor Bob pointed out to us, Jesus made a habit of doing what was right even if it was unpopular among those in positions of power and privilege. But how did he decide what was the right thing to do and what “unpopular” position he was going to take? I would argue that Jesus chose positions that were consistent with the liberative and prophetic faith of his ancestors. He makes this clear in Luke 4:18-22 where he describes the nature of his ministry: to serve the poor; to aid those mentally, psychologically, and spiritually imprisoned; to give sight to those blind to injustice, and free those whom are oppressed. To be sure, every unpopular position that Jesus took was taken in order to meet the criteria he set for himself and his disciples to follow. In this way, Jesus actions, teachings, and way of being in the world was only unpopular among those privileged people who desired to restrict popularity to those who practiced a faith rooted in exclusivity. The invitation of Jesus that we glean from this text is to popularize the unpopular position of serving the least of these. In so doing, we are participating in a liberatory resistance movement, started by our Lord and Savior, to create a community where all people feel like they belong – because they do, in fact, belong.