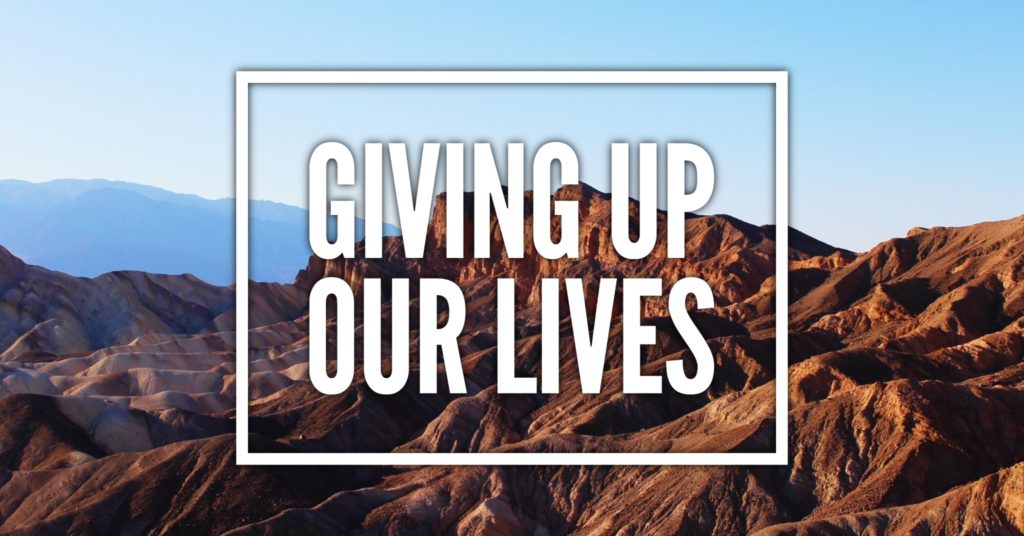 Ezekiel 37:1-14
VALLEY OF DRY BONES
1The Lord’s power overcame me, and while I was in the Lord’s spirit, he led me out and set me down in the middle of a certain valley. It was full of bones. 2He led me through them all around, and I saw that there were a great many of them on the valley floor, and they were very dry.

3He asked me, “Human one, can these bones live again?”

7I prophesied just as I was commanded. There was a great noise as I was prophesying, then a great quaking, and the bones came together, bone by bone. 8When I looked, suddenly there were sinews on them. The flesh appeared, and then they were covered over with skin. But there was still no breath in them.

9He said to me, “Prophesy to the breath; prophesy, human one! Say to the breath, The Lord God proclaims: Come from the four winds, breath! Breathe into these dead bodies and let them live.”

10I prophesied just as he commanded me. When the breath entered them, they came to life and stood on their feet, an extraordinarily large company.

John 11:1-45
LAZARUS IS ILL
1A certain man, Lazarus, was ill. He was from Bethany, the village of Mary and her sister Martha. (2This was the Mary who anointed the Lord with fragrant oil and wiped his feet with her hair. Her brother Lazarus was ill.) 3So the sisters sent word to Jesus, saying, “Lord, the one whom you love is ill.”

4When he heard this, Jesus said, “This illness isn’t fatal. It’s for the glory of God so that God’s Son can be glorified through it.” 5Jesus loved Martha, her sister, and Lazarus. 6When he heard that Lazarus was ill, he stayed where he was. After two days, 7he said to his disciples, “Let’s return to Judea again.”

8The disciples replied, “Rabbi, the Jewish opposition wants to stone you, but you want to go back?”

11He continued, “Our friend Lazarus is sleeping, but I am going in order to wake him up.”

12The disciples said, “Lord, if he’s sleeping, he will get well.” 13They thought Jesus meant that Lazarus was in a deep sleep, but Jesus had spoken about Lazarus’ death.

14Jesus told them plainly, “Lazarus has died. 15For your sakes, I’m glad I wasn’t there so that you can believe. Let’s go to him.”

16Then Thomas (the one called Didymus) said to the other disciples, “Let us go too so that we may die with Jesus.”

JESUS WITH MARTHA AND MARY
17When Jesus arrived, he found that Lazarus had already been in the tomb for four days. 18Bethany was a little less than two miles from Jerusalem. 19Many Jews had come to comfort Martha and Mary after their brother’s death. 20When Martha heard that Jesus was coming, she went to meet him, while Mary remained in the house. 21Martha said to Jesus, “Lord, if you had been here, my brother wouldn’t have died. 22Even now I know that whatever you ask God, God will give you.”

23Jesus told her, “Your brother will rise again.”

24Martha replied, “I know that he will rise in the resurrection on the last day.”

27She replied, “Yes, Lord, I believe that you are the Christ, God’s Son, the one who is coming into the world.”

28After she said this, she went and spoke privately to her sister Mary, “The teacher is here and he’s calling for you.” 29When Mary heard this, she got up quickly and went to Jesus. 30He hadn’t entered the village but was still in the place where Martha had met him. 31When the Jews who were comforting Mary in the house saw her get up quickly and leave, they followed her. They assumed she was going to mourn at the tomb.

32When Mary arrived where Jesus was and saw him, she fell at his feet and said, “Lord, if you had been here, my brother wouldn’t have died.”

33When Jesus saw her crying and the Jews who had come with her crying also, he was deeply disturbed and troubled. 34He asked, “Where have you laid him?”

They replied, “Lord, come and see.”

35Jesus began to cry. 36The Jews said, “See how much he loved him!” 37But some of them said, “He healed the eyes of the man born blind. Couldn’t he have kept Lazarus from dying?”

JESUS AT LAZARUS’ TOMB
38Jesus was deeply disturbed again when he came to the tomb. It was a cave, and a stone covered the entrance. 39Jesus said, “Remove the stone.”

Martha, the sister of the dead man, said, “Lord, the smell will be awful! He’s been dead four days.”

40Jesus replied, “Didn’t I tell you that if you believe, you will see God’s glory?” 41So they removed the stone. Jesus looked up and said, “Father, thank you for hearing me. 42I know you always hear me. I say this for the benefit of the crowd standing here so that they will believe that you sent me.” 43Having said this, Jesus shouted with a loud voice, “Lazarus, come out!” 44The dead man came out, his feet bound and his hands tied, and his face covered with a cloth. Jesus said to them, “Untie him and let him go.”

45Therefore, many of the Jews who came with Mary and saw what Jesus did believed in him.

Sunday’s sermon was the fifth in our series “Giving It Up,” which focuses on the Lenten theme of giving up something that we feel has control over our lives as a means of discipline, in order to encourage us to practice a more disciplined faith in our journey with God. This past Sunday Pastor Bob spoke about the importance of giving up our lives.

Now, at first glance the idea that Christians should “give up their lives” could feel a bit overwhelming! Should we literally give up our lives? Are Christians called to be martyrs in some ways? Well, the simple answer is yes, but let’s unpack what giving up our lives looks like in the life of Jesus and others who decided to give up their old lives for new ones. In the story of Jesus raising Lazarus from the dead, prior to performing this miracle, he reminds Martha and his followers that he is the resurrection and the life. Indeed, he reminds them of the commitment that they have already made, the commitment to follow him as their Rabbi and Messiah. If you look back to the call stories of the disciples, Mary and Martha, the Woman at the well, each of them is asked to give up their old lives in order to live into a new life. As Christians, the stories of the disciples and others reveals to us that a faithful response to our call to live a life rooted in the Gospel message requires that we give up our old lives. This includes giving up our old ways of seeing the world, our old ways of seeing ourselves, and our old ways of seeing each other in order to embrace a new life where we embody Christ’s love and compassion to all Creation.

One of the best essays that I have ever read regarding the value of our lives was written by pioneering African American civil rights theologian Howard Thurman. In 1947 Thurman was invited to give the “Ingersoll Lecture on the Immortality of Man” at Harvard Divinity School – he was the first African American to receive the opportunity. The title of his lecture was “The Negro Spirituals Speak of Life and Death.” Thurman’s reflections on the spirituals that speak about death are particularly relevant to our study. Thurman argued that our attitudes toward death cannot be separated from our attitudes toward life. Further, he asserts that the purpose of the spirituals that speak of death is to convey the idea that death itself is not the master of life. For the slaves who wrote the spirituals, death could not be triumphant for them because death was not understood as the ultimate end, heaven was. In this sense, they would not let the idea of or fear of death control their lives. For those who are oppressed, marginalized and committed to resisting the structures that support their oppression, this type of affirmation was critical in order to survive. We must remember that Jesus and his followers are among those who suffered under Roman colonial occupation, and faced political, economic, and social oppression. Thurman’s interpretation resonates with their experience too. As such, I believe that when we give up our lives and commit ourselves to living the way of Jesus, we are giving up the fear of death so that we might be able to be fully human, to be fully alive in the new life God has called us to.