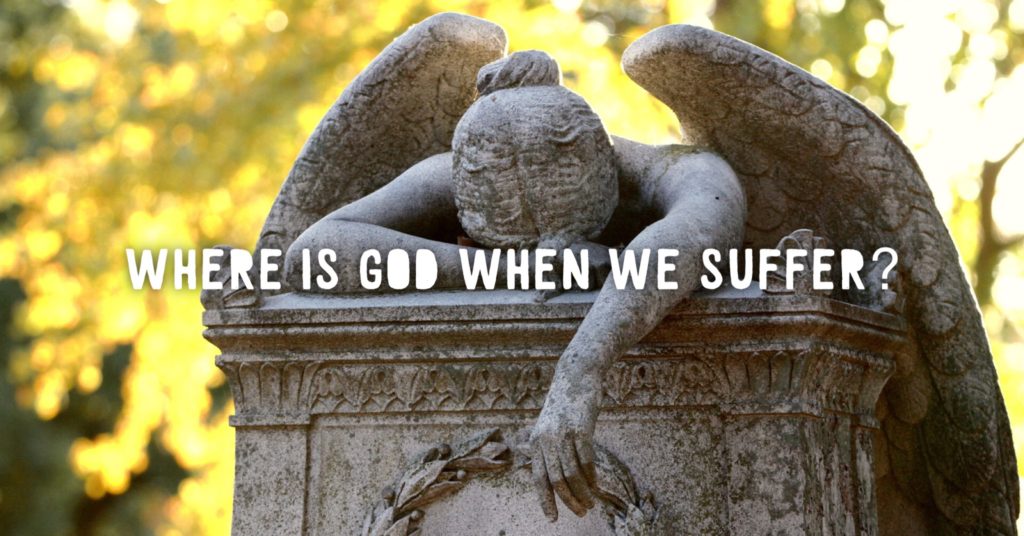 We are nearing the end of our sermon series on “How to Be a Christian in 7 Steps.” As we conclude the last few weeks, I hope that you find yourselves enriched by this exploration of the core of our Christian faith.

Like every person on this planet, I am no stranger to grief. And while in my privilege I acknowledge that I have endured far less suffering than many others, we also may understand that there are many parallels in painful experiences. My personal experiences of pain and suffering are largely related to loss through death. These include the loss of my mother from cancer, a close friend in Jr. High school from a car accident, and more recently the mother of two dear friends killed in her own home. I am grateful for counselors, teachers, and helpful programs that guide us through the stages of grief in healthy ways.

On a side note, interested persons are invited to join our ongoing GriefShare program held Sunday afternoons. Contact the Church office for more detail.

These tragic experiences often bring us to ask a similar question: “Why does God let bad things happen?” I hear this one question really as two separate ones. First, “Why is there suffering?” And second, “Where is God when we suffer?”

Matthew 27:15-31
15It was customary during the festival for the governor to release to the crowd one prisoner, whomever they might choose. 16At that time there was a well-known prisoner named Jesus Barabbas. 17When the crowd had come together, Pilate asked them, “Whom would you like me to release to you, Jesus Barabbas or Jesus who is called Christ?” 18He knew that the leaders of the people had handed him over because of jealousy.

19While he was serving as judge, his wife sent this message to him, “Leave that righteous man alone. I’ve suffered much today in a dream because of him.”

20But the chief priests and the elders persuaded the crowds to ask for Barabbas and kill Jesus. 21The governor said, “Which of the two do you want me to release to you?”

22Pilate said, “Then what should I do with Jesus who is called Christ?”

They all said, “Crucify him!”

They shouted even louder, “Crucify him!”

24Pilate saw that he was getting nowhere and that a riot was starting. So he took water and washed his hands in front of the crowd. “I’m innocent of this man’s blood,” he said. “It’s your problem.”

25All the people replied, “Let his blood be on us and on our children.” 26Then he released Barabbas to them. He had Jesus whipped, then handed him over to be crucified.

27The governor’s soldiers took Jesus into the governor’s house, and they gathered the whole company of soldiers around him. 28They stripped him and put a red military coat on him. 29They twisted together a crown of thorns and put it on his head. They put a stick in his right hand. Then they bowed down in front of him and mocked him, saying, “Hey! King of the Jews!” 30After they spit on him, they took the stick and struck his head again and again. 31When they finished mocking him, they stripped him of the military coat and put his own clothes back on him. They led him away to crucify him.

Sunday’s sermon was one that was more in the “low energy” or “mellow” or “quiet” category, something I sometimes feel uncomfortable with in contrast with my normal level of extroversion. And the reality is that this topic is – for many of us – profoundly uncomfortable. And yet the reality is that nearly all of us have experienced some kind of tragedy or a deep sense of grief. And nearly all of us have wondered where a Divine presence may have been as we suffered. I confess that there is no easy answer. Hear a few thoughts from Sunday’s sermon:

One of the stories shared in this message was about a man who found peace with the idea that God had journeyed grief as well, and that God might be able to lead him through his own pilgrimage.

I invite you to consider the interactive prayer stations held at our church on Friday, April 14th any time between 5:00pm and 7:30pm. Explore what may be a different approach to Good Friday and see how God may speak to you on the journey. Find a bit more detail along with a map and directions by clicking the button below.

Previous
Back to Basics
Next
2017 All-Church Family Camp