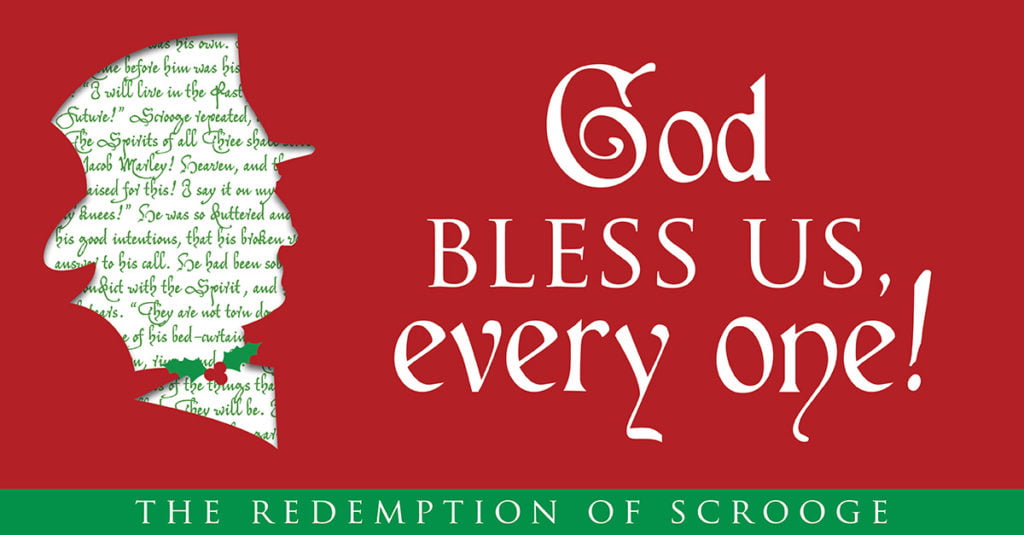 This week we celebrate the birth of the infant Jesus!! We get to hear the familiar story – hopefully with new and eager ears – about journeys and angels and shepherds and distant travelers. We also come to the end of our sermon series based on Matthew Rawle’s book, The Redemption of Scrooge. Don’t miss our Christmas Eve worship services at 5pm, 7pm, and 11pm.

Our 5pm service will be especially family friendly and will include the familiar Christmas story told in a fun way complete with silly noises. Bring your inner camel or sheep or angel – and be ready for some surprises! We will also feature music from some of our younger members.

Our 7pm and 11pm services will be a bit more traditional with the singing of carols and a sermon from Pastor Bob exploring the transformation of Ebenezer Scrooge in Charles Dickens’ A Christmas Carol and how we too are transformed through the presence of Christ in the world. Let us keep Christmas well.

Luke 2:1-7
1In those days Caesar Augustus declared that everyone throughout the empire should be enrolled in the tax lists. 2This first enrollment occurred when Quirinius governed Syria. 3Everyone went to their own cities to be enrolled. 4Since Joseph belonged to David’s house and family line, he went up from the city of Nazareth in Galilee to David’s city, called Bethlehem, in Judea. 5He went to be enrolled together with Mary, who was promised to him in marriage and who was pregnant. 6While they were there, the time came for Mary to have her baby. 7She gave birth to her firstborn child, a son, wrapped him snugly, and laid him in a manger, because there was no place for them in the guestroom.