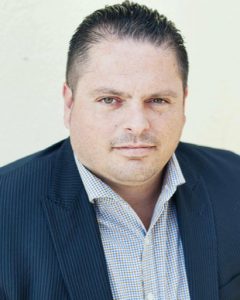 I was excited to get to know Wesley J. Wesley? I wondered, is he related to our founder? Then I realized Wesley was John Wesley’s last name, and it is Wesley J.’s first name. Even so, his family went to a Methodist church, and he thinks his mother named him Wesley in honor of John.

Wesley told me he was born and raised in Wyoming, and went to the University of Kansas. After his sophomore year he dropped out to join a national tour, opening up for acts such as Nelly, Naughty by Nature, and Lil Wayne, and performing in the MTV Spring Break show. Later, he moved to Los Angeles to follow his dream of acting. He told me, “I use my middle name, Dwaine, as my last name for my acting career. I use J… for government purposes.”

Wesley moved from Los Angeles to San Diego in February of 2017, so he could spend more time with his 3 year old son, M. He started attending PB UMC in August, after he took care of personal business. He chose us because he lives near our church and was raised as a Methodist. He joined the Voices of Praise in October because he loves to sing, and joining our choir will help him perfect his own craft. He told me, “Ron is amazing, and I love to put myself around amazing professional people.”

Wesley is a former DJ. He owned a record label, and is working on a comedy album on which he will be singing. When I asked him what he currently does for a living, he told me, “I am an actor and comedian on TV and in films.” He works primarily in shows for TV, and will continue to go to LA for that. “Locally I plan to audition for theatre productions, but it is TV pilot season in L.A., so I will be there for a lot of auditions.” His movies on IMDb (formerly internet movie database) include Black Blood (2013), Damien Styles: Snomed (2013), and For Jewel (2008). Some films not yet on IMDb are Still Moon, A Packed House, and Collisions and Collisions. Watch for them.

I really wanted to get to know Wesley after seeing him as one of the Wise Men in our Christmas Musical. He is a talented member of Voices of Praise and will be a great asset to our church. And, he is a truly funny person.

Previous
Video Announcements for January 21, 2018
Next
In the Beginning Was the Word